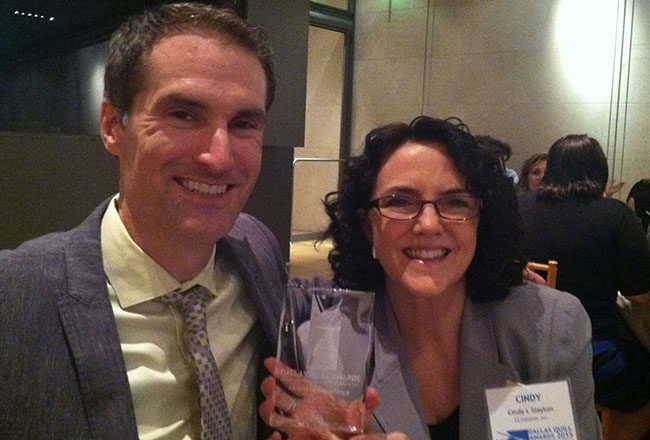 CS Creative captured an Award of Excellence at the 2015 Quill Awards in Dallas. The annual banquet is hosted by the Dallas chapter of the International Association of Business Communicators (IABC Dallas). This event is one of the most prestigious marketing and communication competitions showcasing the achievements of DFW-area marketing and graphic design communicators. The award was for a campaign entered in the Marketing, Advertising and Sales Vehicles category.

In 2014, CS Creative launched the campaign for Premier Trailer Leasing, one of the largest trailer leasing and rental companies in the nation. The goal was to increase brand awareness, promote Premier’s expanded capabilities and distinguish them from the competition. CS Creative developed the tagline of “A New Lease On…” to convey the message that Premier had made significant advances in the areas of availability, technology and capability.

The campaign was recognized for its creativity and more importantly, the significant marketing results it achieved for Premier. After launch, both outbound and inbound sales leads increased, resulting in an unprecedented 154% increase in total revenue (Q4 2014 vs Q4 2013).

“The purpose of this campaign is to communicate what we’ve done to expand our network, the investment we’ve made in equipment and our adoption of new technology,” stated Larry Hall, executive vice president of Premier Trailer Leasing. “I’m proud of the campaign and the results it has created.”